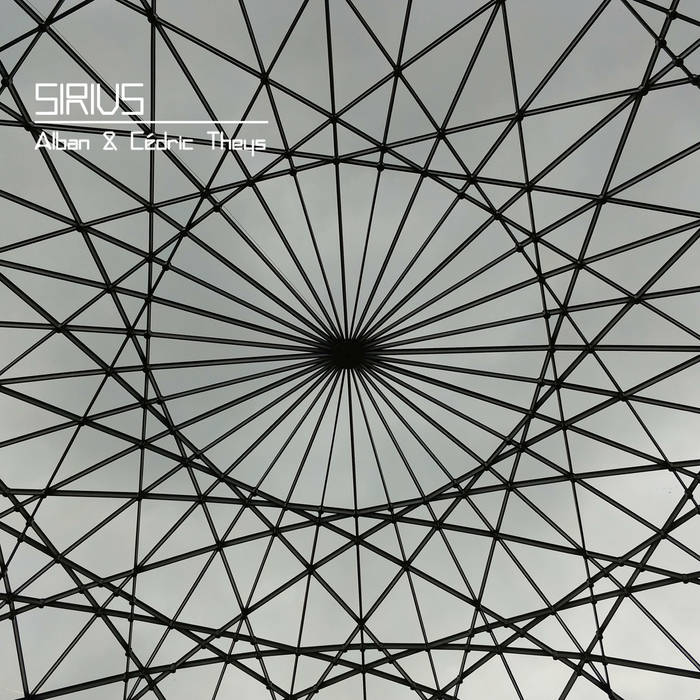 Part of the constellation Canis Major, Sirius is the brightest star in the Earth’s sky. It guides all travelers. This album is about travels through the meandering oceans and vast continents. There’s a light, a star as guide, a path rarely traveled but still marked by the six other wondrous stars in this constellation. These six pieces are a winding voyage in sounds and emotions.

Though Sirius has some stylistic resemblance to their first "duo" album (2007’s Re-De-Generation), it is also a radical departure. The brothers started their musical journey together but in the past 15 years they’ve forged their own paths and garnered extensive knowledge in their instruments but also of the changing world of music making.

These 6 pieces originated from recordings of Cédric’s touch guitar live improvisations. With the exception of two that underwent significant sampling and editing, all tracks have those unedited live recordings as leitmotifs. Additional recordings were added by Alban (Brussels) and Cédric (Austin), on each side of the Atlantic over several months. When came time to mixing, Adrian (Komara, Ork, Earthdiver) asked if he could work on the tracks and created additional sound design and exquisite textures from the original recordings. Rooted in electronic and ambient music, Sirius also has a warmth and organic feel from the wide array of pitched percussion (log drums, shakers, kalimba, rammer drums..) and noises that Alban played and the growl of Cédric’s U8 touch guitar. It is definitely progressive, electronic and forging ahead with its own identity.

Artwork & album design by Baladur Glum
Based on "Grey skies through Amsterdam's Maritime Museum's glass roof" & photo of Sh2-308, located in the constellation of Canis Major, credited to the NASA Hubble telescope